Read my new book, An Enlightened Entrepreneur:
57 Meditations on Kicking @$$ in Business and Life"4.8/5 stars" on Amazon
Sunday, February 23rd, 2014

Confirmation Bias is the tendency of people to favor information that confirms their own beliefs, goals or desired outcomes (and ignore what doesn’t fit).

A definition of confirmation bias from the book Consumer Behavior:

“The tendency of consumers to interpret ambigious evidence as consistent with their current beliefs.”

A  business example of confirmation bias is the hugely popular personality-type quizzes (e.g. which ‘Beatle member are you?’ or ‘What type of Ice Cream are you?’). When people take those quizzes they are typically reaffirming the opinion they already have in their mind (“I’m Mick Jagger of course”).

A trick of those quizzes is that most of the successful ones return you results that are positive (you’re unlikely to find one that asks ‘Which mass murderer are you?).

Why do people do this? According to PsyBlog:

“In an uncertain world, people love to be right because it helps us make sense of things. Indeed some psychologists think it’s akin to a basic drive.”

END_OF_DOCUMENT_TOKEN_TO_BE_REPLACED

The Circle of Competence is simple: you write down the things that you are competent about and draw a circle around it. And then, as Buffett explains, remember that the more you go outside your circle of competence, END_OF_DOCUMENT_TOKEN_TO_BE_REPLACED

4 comments so far (is that a lot?) | END_OF_DOCUMENT_TOKEN_TO_BE_REPLACED

Business Is Like A Decathlon: Be Decent At These 10 Things & You’ll Win The Gold!

I’d love to see your face on a box of Wheaties.

The Olympic decathlon — a combined event of 10 different track and field races — is a perfect metaphor for business. 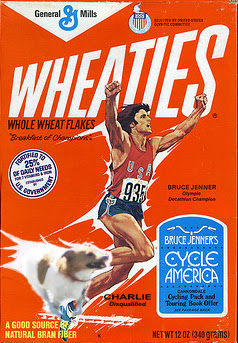 Bruce Jenner didn't have to win every one of the 10 races in the Olympic decathlon to win the gold.

You can actually win the decathlon without being the best at any of the 10 races.

In fact, Bruce Jenner (winner of the 1976 Olympic Decathlon and pictured on the Wheaties box) averaged the equivalent of a little better than 3rd place in each race — and he still won the decathlon by a substantial margin.

Inspired by the decathlon metaphor, here is a 10-item checklist for succeeding in business…if you train to place in these 10 business races, you can win the business gold. END_OF_DOCUMENT_TOKEN_TO_BE_REPLACED

END_OF_DOCUMENT_TOKEN_TO_BE_REPLACED

22 comments so far (is that a lot?) | END_OF_DOCUMENT_TOKEN_TO_BE_REPLACED

7 Signs That Your Boss Is A “Charisma-Based Narcissistic Leader”

Few things irk me more than hearing from friends who have to work with “narcissistic leaders.”

Why would my friends work with someone who’s “narcissistic?” Because they are charismatic — they are able to mobilize resources (i.e. you and others!) through their charisma.

The scary part is that these charismatic leaders usually meet 2 of the 3 requirements that Warren Buffett demands in a good business person (high intelligence and high energy) — it’s the third one (high integrity) they have a problem with (see Warren Buffett’s 3 Simple Steps On Who To Hire for more on that).

Ok, so on with it — here are 7 signs that you work with one of these jackasses:

7 Signs Of A Charisma-Based Narcissistic Leader

Narcissistic leaders typically love big titles…and even more than one!

3 comments so far (is that a lot?) | END_OF_DOCUMENT_TOKEN_TO_BE_REPLACED

There’s plenty of Buffett tips in here too so you get two-for-one! END_OF_DOCUMENT_TOKEN_TO_BE_REPLACED

3 comments so far (is that a lot?) | END_OF_DOCUMENT_TOKEN_TO_BE_REPLACED

Warren Buffett’s 3 Simple Tips On Who To Hire

I’ve been thinking a lot about hiring lately.

I’m working on starting a new business and I also coach others on starting their own businesses – and hiring is perhaps the most important decision a business leader can make (you may recall how I previously wrote about a mishire costing you a cool $1 million).

I like formulas & frameworks and I’ve been keeping my eye out for a good one for hiring –  I found a simple one from investor Warren Buffett.

He says there are just 3 criteria that every good hire should have: Integrity, Intelligence and Energy.

Does this person consistently exhibit a soundness of character? Are they, in a word, honest?

One good tip on figuring this out is to use Warren Buffett’s “newspaper front page” test.

If a New York Times reporter had access to the work that Bernard did for you, would you comfortable opening up the paper tomorrow and reading their analysis of Bernard?

If the answer is yes, Bernard is probably of good integrity…if you’re thinking too much about that, you might have a problem with old Bernie.

A favorite quote of mine on honesty/integrity comes from Mark Twain:

“If you tell the truth you don’t have to remember anything.”

Another good quote from unknown sources is:

Did a person test well in a competitive environment (such as grades in University or on a standardized test like the SATs).

I just met with one engineer today in part because he scored a 1,480 on his SATs and that’s higher than most people I know.

But it doesn’t have to be academic intelligence.

It can be “Street Smarts” – The ability to quickly read situations and people.

Or it could be “Emotional Intelligence” – the skills to create optimal results in your relationship with yourself and others.

By energy, I couldn’t find Buffett’s definition of it but here’s mine:

Good energy in a hire is when they feel motivated about a task at hand.

For example, most people consider me high-energy about most things: I care deeply about new Internet businesses, hiring & making the world a better place – so when I’m working on those things, you’ll find me at a high-energy level.

But there are tasks that you’ll find me much lower energy on, such as paying my bills or filling out a rebate form to get $100 back for my contact lenses.

So, if you need help with your paperwork, please do not consider me a good candidate!

But If They Don’t Have Integrity, The Other Two Will Kill You

Now, ideally you want all three criteria — Integrity, Intelligence and Energy — to be met when hiring employees.

But there is one that trumps them all: Integrity.

The reason, as Buffett explains, is that if you have the other two: an intelligent person who is high-energy about what they’re doing, but they’re missing the third (they are low-integrity (e.g. dishonest)), then that is a Perfect Storm of financial disaster.

Case in point: Bernie Madoff (you like how I moved to the real -life Bernie from the hypothetical “Bernard”?).

Clearly, Bernie was an intelligent man – he had the respect of a Who’s Who of Wall Street people.

And he was high-energy at what he did– was able to talk 1,000’s of people into hiring him to manage their savings; and hid his fraud for what investigators believe was over 30 years!

He even duped a couple of very smart people I know.

And Bernie served on a number of boards (including Yeshiva University’s Business School and Gift of Life Bone Marrow Foundation) and was clearly a high-energy multi-tasker.

So, I think Bernie qualifes as an intelligent and energized person…but he was low-integrity…and he robbed people blind.

To recap, there are three things that a good hire (or anyone you work with) should possess:

But to save yourself time, make sure they have the first (Integrity) because the next two don’t matter without it.

4 comments so far (is that a lot?) | END_OF_DOCUMENT_TOKEN_TO_BE_REPLACED