Read my new book, An Enlightened Entrepreneur:
57 Meditations on Kicking @$$ in Business and Life"4.8/5 stars" on Amazon
Rob Kelly → Mental Models → The Top 100 Mental Models Needed To Succeed In Business

I haven’t hit 100 mental models yet (sorry for the fib in the headline), but I’m going to keep adding ones until I do…or die trying. I might even exceed 100. Enjoy.

AutoCatalysis (aka “Evergreen” or “Self-Breeding”)

Confirmation Bias (aka Goal Seeking or My Side Bias )

Cumulative Advantage (aka The Matthew Effect or “The rich get richer”)

Incentives (“Perhaps the most important rule in management…”

Law Of Large Numbers (aka The Law of Averages) 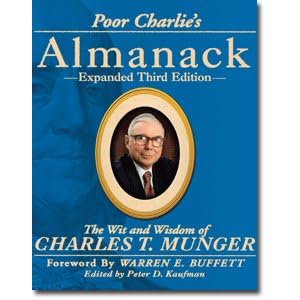 Many of Charlie Munger's mental models can be found in Poor Charlie's Almanack.

Over-Confidence (aka The Man on a roll” theory)  – Someone winning in gambling produces dopamine which then produces over-confidence in that person who then gambles more (an irrational behavior).

Parkinson’s Law — Named after Cyril Northcote Parkinson who stated in an essay in the Economist in 1955 that:

“Work expands so as to fill the time available for its completion.”

You probably recognize this in your day to day life where you might wait until the last moment to return a library book or leave to the airport.

In important version of Parkinson’s Law in business states that “expenditures rise to meet income.”

Pass the Baton (“We All Have to Die”)

Munger says that Paley of CBS was a business example of this: he didn’t want to hear what he didn’t like to hear. Those around him learned that and soon told him only what he wanted to hear.

Eventually that led to a decline in market share for CBS (which was once the only major tv network).

Scarcity – People are motivated by what they stand to lose if they don’t act now. That’s why the QVC countdown clock is so important for sales on television.

Self-Interest — Munger says one of his favorite “human misjudgments”is how the brain subconsciously will decide that what’s good for the holder of the brain is good for everyone else.

Social Proof – Munger points to Social Proof as a psychological form of scale. Many people are influenced by what others do and approve — they believe that the more people that use a product the better that product is.

Squelch By Denial – This is related to “Self-Interest” above…humans squelch anything that interferes with their own personal success or income.

Munger: “You squelch by denial what you’ve recognized would make ill of yourself or interfere with your income” (for more on this, check out  1:40 or so into this Stanford/Charlie Munger Q&A video) is the accounting profession — he points out how they “sold out” in such instances as derivatives trading.

Do you know of any mental models you want me to add?