Read my new book, An Enlightened Entrepreneur:
57 Meditations on Kicking @$$ in Business and Life"4.8/5 stars" on Amazon
Rob Kelly → Personal Development → The 10 Types Of “Tardies” Who Are Chronically Late

The 10 Types Of “Tardies” Who Are Chronically Late

I was “running late” for a meeting yesterday (sorry, Jonathan!) — that bummed me out — and while I was sitting in traffic I pondered lateness and committed to banging out this article when I got back to my desk.

I found a neat book called  ”never be late again” by Diana DeLonzor who writes about who are almost always late. 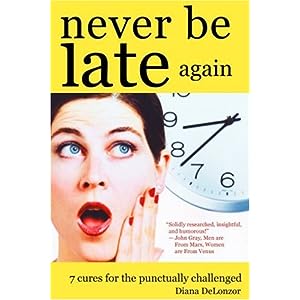 I also found three more types of tardy people in a novel about counter-terrorism of all places.

So here they are:

The 10 Types Of Tardies

This tardie has a hard time acknowledging responsibility for lateness and tends to blame outside circumstances.

This latenik wants to squeeze as much into every minute as possible; they are always busy.

This adrenaline-junky subconsciously enjoys the last-minute sprint to the finish line…which causes their constant lateness.

This procrastinator lacks self-control and puts off an event until they are too late.

The rebel doesn’t like authority and everyday rules — a request for them to be punctual is simply another form of authority to them…so they excercise their self-control and end up consistently late.

This person gets caught up in their own introspection and loses track of time (and things).

This tardie has anxiety about his or her environment and tries to control it; their own needs or routine come before being on time.

Those are DeLonzor’s 7 types of tardy peple.

Then I found three more types of chronically late people from CIA Director Thomas Stansfield in Act of Treason, part of a series of novels I enjoy about counter-terrorism.  They are

These folks are so smart in their field that their mind is literally somewhere else (they are smart in school but dumb on the bus) — this sounds similar to the absent-minded professor named above.

They are incapable of letting go of one task and moving to another.

They feel their time is more important than others and constantly feel the need for it by making others wait for them! The Egomaniac here is similar to the person I wrote about in the 7 Signs That Your Boss Is A Charisma-Based Narcissistic Leader I wrote about. 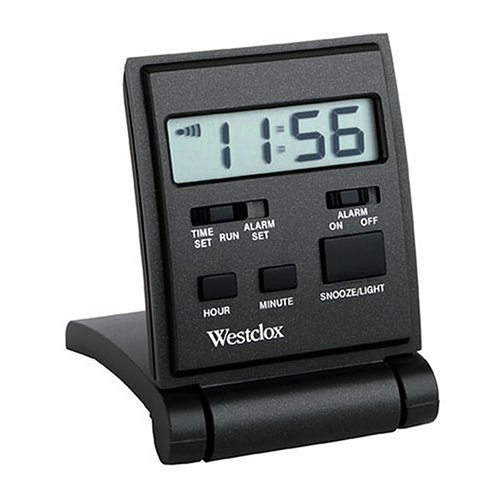 I use the timer function of this clock to limit my tasks to X # of minutes.

1) Relearn how long tasks take — DeLonzor suggests you spend a week tracking how long regular activities take (e.g. 30 minutes to drive to your girlfriend’s home) and then use the slowest of those times as your baseline for the future.

2) Learn how to say “no” — Pare down activities and don’t over-commit.

3) Get out (and stay out) the door — Resist the impulse to rush back into the house — that “one more thing” you need will just add to your lateness.

4) Penalties & Punishment — Make up a threat. Tell friends that if you’re late to dinner, you’ll buy wine for everyone.

5) Use Timers — Egg timers, iphones and small timer clocks are all great ways to keep you on time with your tasks.

If you allocated 30 minutes to a phone meeting, then the alarm sounding may help you get off (my friend Eben Pagan recommended the Westclox clock above because it’s super-fast to set the timer function).

I also use my oven timer when I’m at home!

Which Tardie Am I?

All that said, writing this article just made me late for my workout — Darn!

Which tardie was I just now?

A combination of the Producer (trying to get a lot done) and the Perfectionist (I spent an extra 10 minutes on some formatting issues!).